Thirsty work on board Saddle Tank

It was thirsty work on board Marston’s engine number 3.

She was a Saddle Tank steam engine that brought empty barrels and ingredients into the brewery and took full barrels of Marston’s beer back out to the world. (So called because the water tank sits on top of the boiler like a saddle sits on top of a horse.)Saddle Tank engines took four men to operate – two to unload the barrels and ingredients while two stoked the boiler. No doubt the men worked up a considerable thirst – lucky they worked for a brewery eh?

The Saddle Tank engine was the third of four engines owned by Marston’s and was the last one to be used at the brewery in 1963. She now resides at Great Central Railway in Loughborough for any train buffs reading.

So, it seems fitting then that Marston’s has named its 3.8% abv session bitter after the engine that worked so hard for 40 years to slake the thirsts of working men all over the industrialised Midlands and beyond.

A clear, bright and full flavoured little number, Saddle Tank bitter has a malty, biscuit taste and goes well with strong hard cheeses, fish and chips and gammon.
But really it’s a smashing weekday pint and whether you’ve been sweating over some hard, manual labour, playing five-a-side after work or stressed out over a laptop, it is a sweet little reminder of the working man. 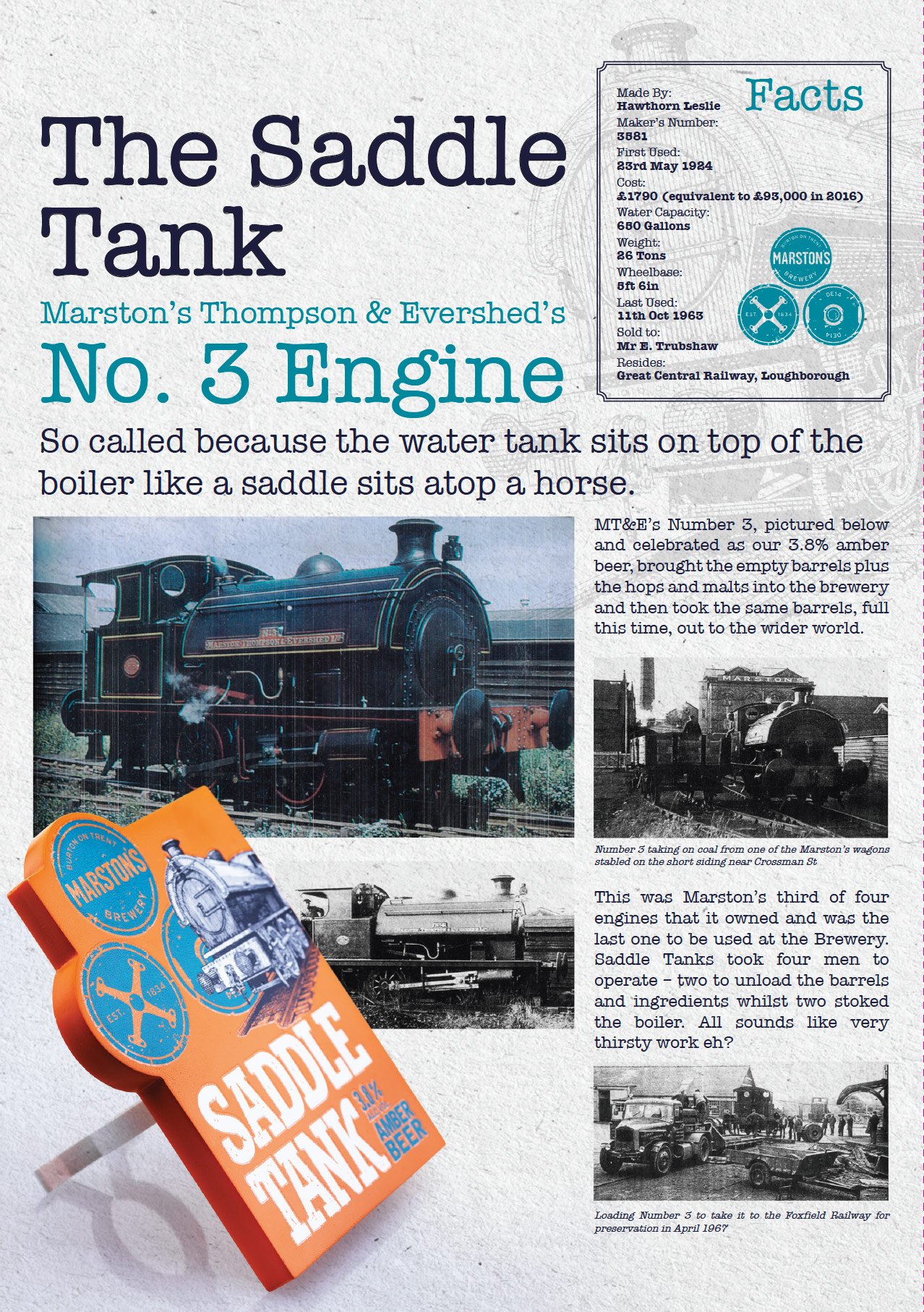