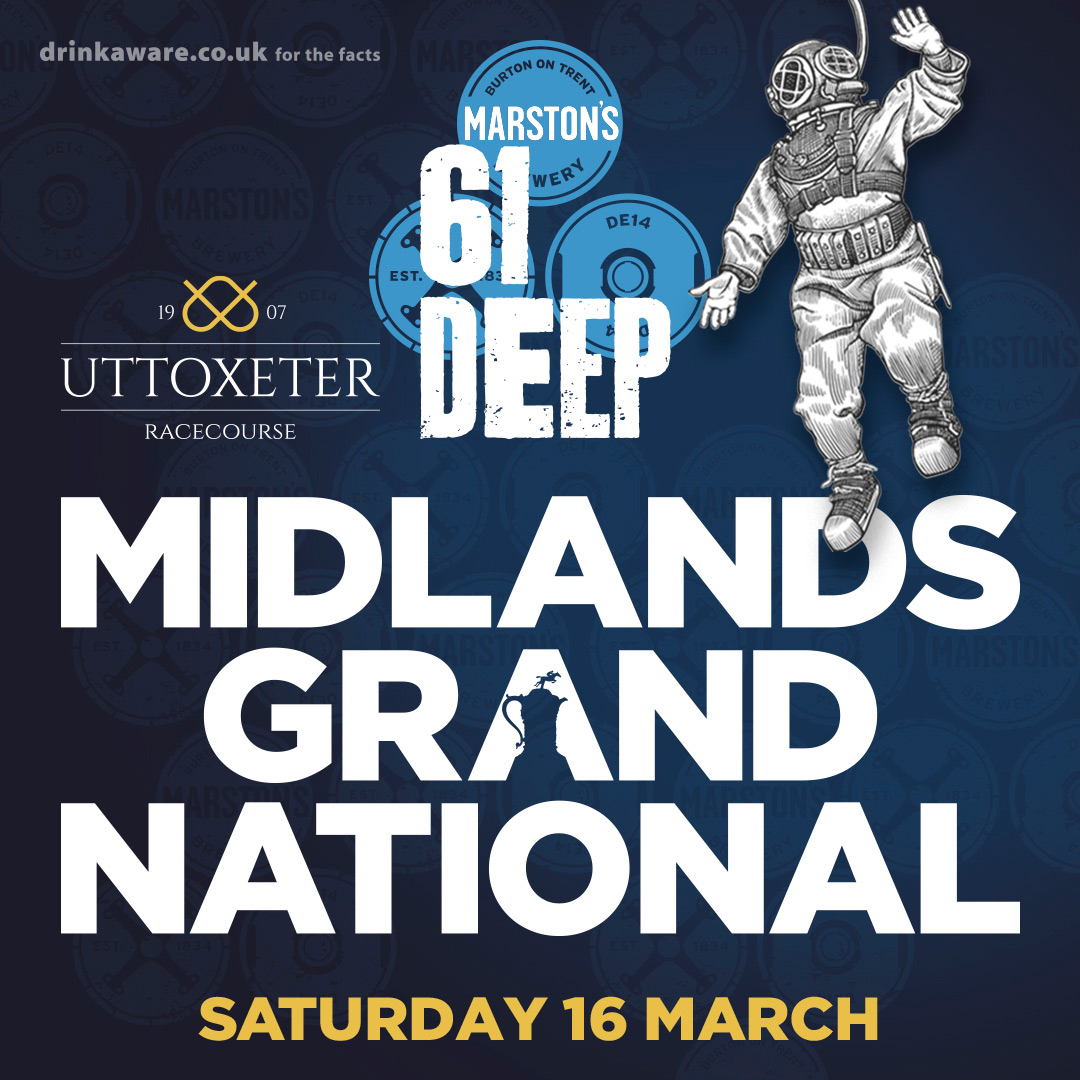 The ‘Marston’s 61 Deep Midlands Grand National’ is the jewel in Uttoxeter Racecourse’s horse racing crown.  The second longest steeple chase in the country, the racecourse is a true test of stamina for both horse and jockey, with several of its previous winners going on to achieve glory at events such as the Aintree Grand National and Cheltenham Gold Cup.

Other assets include branding on outdoor poster sites, tickets and all communications about the race day.  Across the racecourse, the new 61 Deep branded Grand Stand will be revealed along with race course and finish line perimeter boards, pennant flags, winner’s enclosure boards and even the number cloths.

With an expected 11,500 visitors, the majority from within a 50mile radius of the racecourse – this is a great local activation for the brand and kicks off the 61 days of 61 Deep activity driving consumer awareness and trial of the award-winning pale ale.