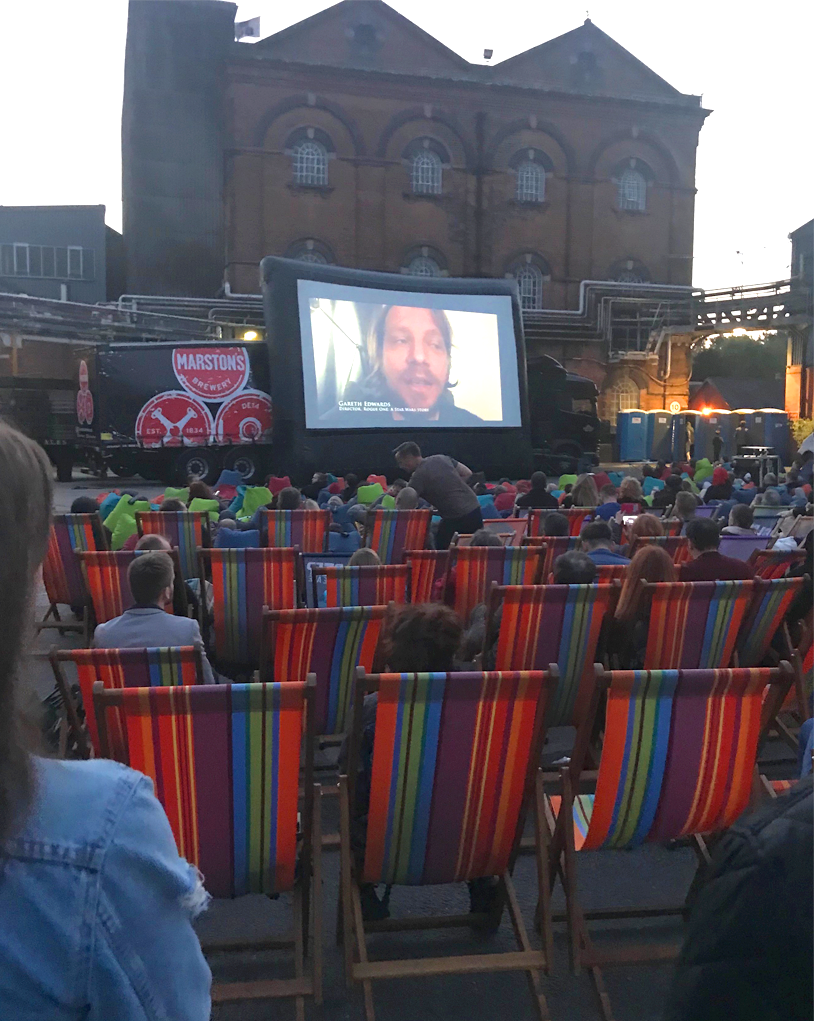 Can you feel the force?

We were feeling the force recently. And not just because we brew amazing beer.

Star Wars film director, Gareth Edwards sent us a video message from his base in LA as a few encouraging words for our first ever Beer Town Film Festival shin-dig.

Festival organiser, Elliot Allison turned out to be our ‘have-a-go-hero’ when he managed to make contact with Gareth to ask for his support.

He explained: “We chose Star Wars Rogue One, not only because it is a fantastic film but also because of its British filmmaking credentials; Gareth is a Midlands-born director and the film features many British actors which made it a perfect finale film for our festival. I wrote speculatively, never thinking I would hear from him…but got a reply!”

Our Nuneaton-born hero, Gareth, who shot to fame when he directed Star Wars Rogue One in 2016, must have remembered his Midlands brew fondly because he not only sent a special written message, he then recorded a video version.

The message was shown just before his own knock-it-out-of-the-park film Star Wars, Rogue One was screened to the outdoor cinema crowd in the awesome brewery setting at Marston’s Brewery in Burton Upon Trent.

Elliot continued: “Gareth’s in Los Angeles at the moment so when his email pinged into my inbox at 3am the day before the finale I could have wept with joy. He amazed our audience when he popped up before the film and was an inspiration to our festival finalists.”

Can you feel the force? Hell yes. “May the fermentation be with you!”

Get a load of Gareth’s love here