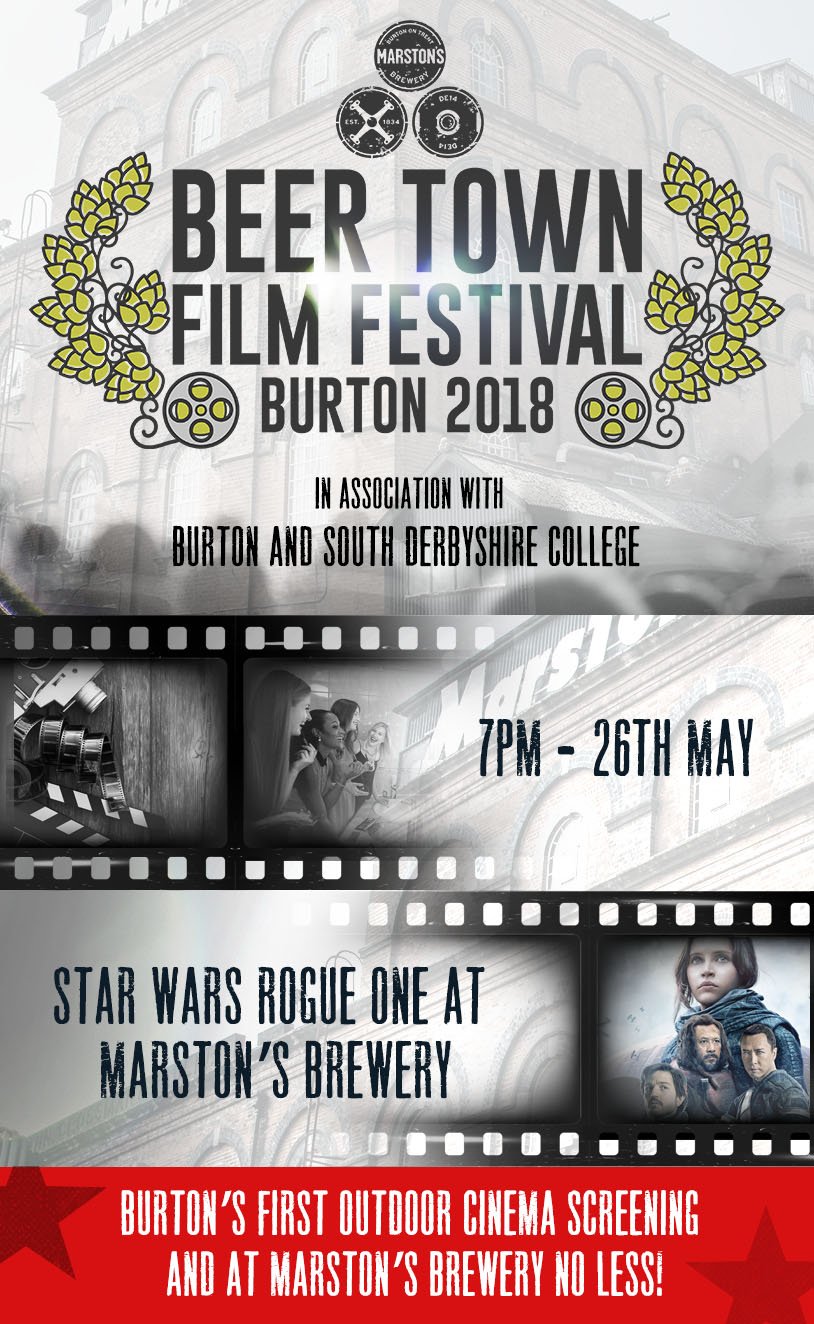 With just two weeks to the closing date for entries at the end of this month, our audacious plan to combine cultural pursuits with drinking beer – Beer Town Film Festival – has already attracted over 600 entries from around the UK.

Working in partnership on the film festival with Burton and South Derbyshire College, Marston’s Brewery are celebrating their 180-year association with Burton Upon Trent by creating an annual event to put Burton back on the map and celebrate its own local talent and craftsmanship.

Beer Town Film Festival is backed by its own homegrown talent: Hollywood visual effects producer, Rich Yeomans and film maker and award-winning screen writer, Deborah Haywood and entrants are competing for the coveted ‘Hop D’Or’ awards – if the gold paint dries in time!

Judging will take place during April and May 2018 and will by topped off by an a weather-defying outdoor cinema screening of Star Wars, Rogue One, alongside a beer and food festival at the brewery on Saturday 26th May 2018.

Culture vultures and beer fans will be treated to clips of the finalists’ films and hear the winners being announced before enjoying the big film in the surroundings of the famous Victorian brewery.

For the stats geeks, knock yourself out with these:

• The highest number of entries are for the Best Fiction Short Film with 75% of the entries followed by Best
Documentary Short at 12%, Best Animated Short at 7%, Best Promo, Music and Advertising film at 6%.

• Entries have come from as far as Inverness, Falmouth, Swansea and Hull and 6% of the entries are by home-grown film makers.

• Men have made the longest films at an average of 7 minutes 43 seconds while the average length of the films from women are 6 minutes and 37 seconds.

• The shortest entry is just 38 seconds.

For those who wish to enter, visit the Beer Town website https://beertownfilmfestival.co.uk.