With more and more restrictions being put in place and it becoming harder and harder to pick up your beer why not buy your weekly supply direct from the source?

Here at the Marston's Brewery Store we stock a wide range of the UK's freshest and award winning beers in both bottle and can, as well as a selection of wine and gin's.

Why not try our new Call and Collect service? Simply give us a call, place your order and pay over the phone, we'll then prepare your order and bring it out to your car when you arrive.

Collection date will be after 12pm two trading days after your order is placed. Collection time slot will be confirmed when order is complete.

If you live further afield you can order for national delivery here or we have a network of sister breweries that all stock a wide range of beers, including Jennings Brewery in Cockermouth, Wychwood Brewery in Witney, Ringwood Brewery in Hampshire and Banks's Brewery in Wolverhampton. 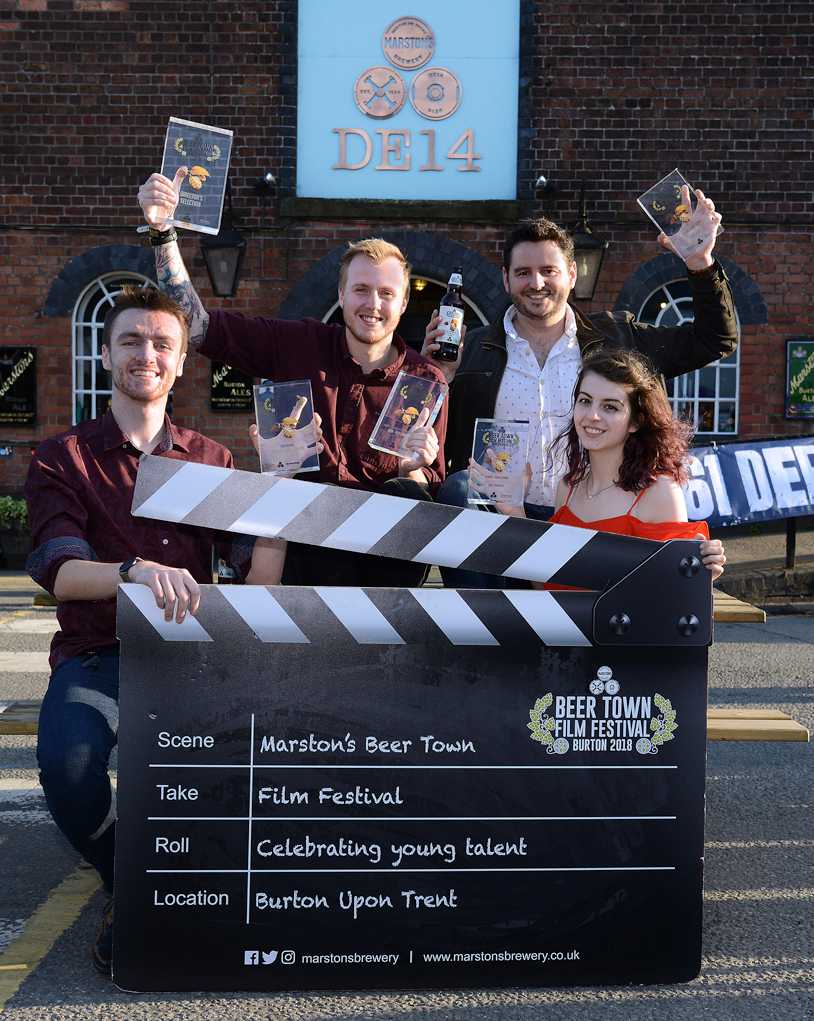 We came. We saw. We selected.

It’s not often that we see so much craftmanship, creativity and emerging talent in one place – and no, we’re not talking about the Home Brewers Club.

No, this was the rip-roaringly, blow-the-bloody-doors-off, successful finale to an eight-month project that we pulled off with style – aplomb even.

The Beer Town Film Festival was an idea that was about our town; beer town.

We wanted to put it on the map to a new and UK-wide audience – one that loves creativity, experimentation and being the best. We reckoned that filmmaking ticked that box and so we launched a competition to find the best of the best short film makers across seven different categories.

As they say in the film – ‘If you build it, they will come’ – and they did! Nearly 800 budding filmmakers had entered our festival competition by the closing date in March. Blimey.

We spent the next two months working with an awesome round-up of judges from around the world (seriously!) including: Jim Uhls the screen writer from ‘Fight Club’, ‘The Bill’ legend that is Brit TV & film actor, Steve Hartley, Rich Yeomans, a local boy who worked on the Harry Potter films as Visual Effects Director and Deborah Haywood, a locally-born writer and filmmaker who is just about to make it big with her first ever feature film, ‘Pin Cushion’. They are just some of the names.

In the end the judges chose a talented young filmmaker called Matt Daunt to win the Best Promotional and Music Film category for ‘Blue’ his music video for the Nottingham-based singer/songwriter, Rob Green.  He then went on to be chosen as Best Overall Film for the festival winning the ‘Hop D’Or’.

The other talented winners were:

Rather than read a written description of the films, grab yourself a beer and a comfy chair, choose your internet browser of choice and check them out for yourself here.

In the best film tradition, there’s going to be a sequel – it could become a long-running franchise – so if you’re a budding filmmaker yourself we’ll be launching again in September.

If’ you’re a home brewer, just come to the Home Brew Club.