Not so when you’re an expert Motor Cross competitor like Adam. He regularly jumps between 90 to 100 feet to get him out of trouble while racing his dirt bike in competitions.

This season, he’s championing our zesty pale ale, 61 Deep in the current Motor Cross season on his 2017 KTM 350 sxf modern Motor Cross bike. It’s been decked out with the distinctive 61 Deep graphics across its body work to spread the word about our eminently drinkable beer for a new crowd of drinkers.

‘Our Adam’ is Adam Jones, from Kidderminster. By day, a Front of House trainer for Marston’s pubs, he is a qualified NVQ assessor with teaching qualifications and has been working for Marston’s for two years.

But when the weekend comes around, he dons his leathers, switches to ‘fearless’ mode and reaches for his life passion – his bike. Riding motor bikes before he was ten years old, he got into serious Motor Cross Racing as a teenager, reaching expert pro level. He competed in national and international competitions across Europe for a number of teams including Yamaha, Honda and Suzuki until a bad injury attempting a 150-foot jump (we’re talking metal plates and screws to rebuild his hand) put an end to his pro career at 24 years of age.

Adam’s got racing in his blood so he was back on a bike again within a year and now races as an independent competitor when he can. What’s more, he brings his experience in the Motor Cross world into his training day job as an example of great team work.

Smart and fearless: You can see why we wanted to work with him and perhaps share a pint or two when he’s off duty. 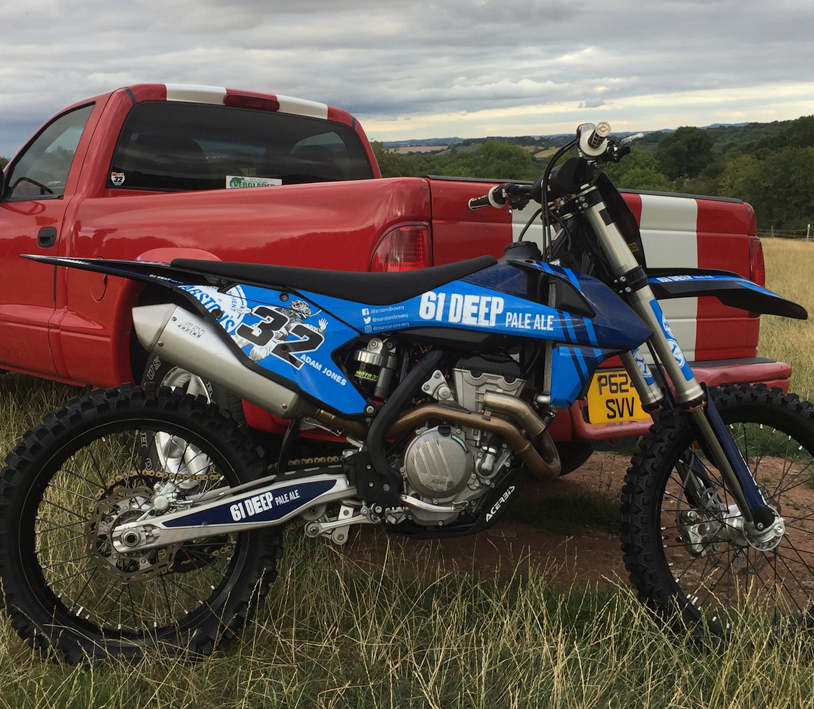